Loco-Boxes are now the sole dealer for Elstow Engineering products.
All parts will be sourced from Britain & the loco will be built here too!
All enquiries to 01223 864029 or Contact Us.

Built in 1926 and painted all-over black, this Garratt locomotive was first run on the Moe to Walhalla line, until the line closed in 1954. After an overhaul it was relocated to the Colac to Crowes line and remained there until that line closed in 1962. In 1964 it was sold to the Puffing Billy Preservation Society as a static display until 1986 which saw the commencement of restoration and had been undergoing rebuilding ever since in the Belgrave workshops until 2004 when it triumphantly returned to service, restored to its 1946 to 1954 condition and all-over black livery.

16mm scale specification;
1946 to 1954 condition, including raised cab roof, raised marker lamps & cow catchers.
With coal & gas firing options, it will feature an axle driven water pump, be available for either 32 or 45mm gauge, have radio control as standard & can be supplied numbered either G41 or G42.
This loco will be supplied with a Loco-Boxes box, fitted with a lifting cradle. 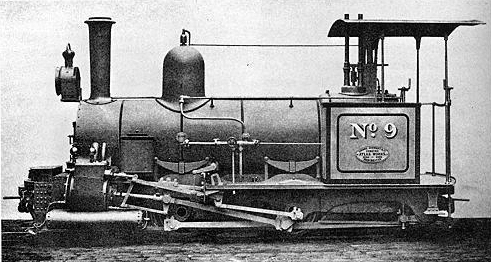 This 3D image is a basic shape & size,
ull detailing will be added soon

The DHR ‘A’ Class steam locomotive used on the Darjeeling Himalayan Railway in West Bengal, India. It was the DHR’s first standard design of locomotive. Originally designed and built by Sharp, Stewart & Co. in 1881. The second batch of locos were built the following year by the Hunslet Engine Company, under sub-contract by Sharp Stewart. In this time the design was modified and the locos were fitted with an additional saddle tank and coal bunker. The final two locomotives were built by Sharp, Stewart in 1883.

This website uses cookies to improve your experience while you navigate through the website. Out of these cookies, the cookies that are categorized as necessary are stored on your browser as they are essential for the working of basic functionalities of the website. We also use third-party cookies that help us analyze and understand how you use this website. These cookies will be stored in your browser only with your consent. You also have the option to opt-out of these cookies. But opting out of some of these cookies may have an effect on your browsing experience.
Necessary Always Enabled
Necessary cookies are absolutely essential for the website to function properly. This category only includes cookies that ensures basic functionalities and security features of the website. These cookies do not store any personal information.
Non-necessary
Any cookies that may not be particularly necessary for the website to function and is used specifically to collect user personal data via analytics, ads, other embedded contents are termed as non-necessary cookies. It is mandatory to procure user consent prior to running these cookies on your website.
SAVE & ACCEPT